Japanese cuisine is beloved worldwide for its traditional foods in rice, ramen, sushi, and many more recipes. And here are the best Japanese book recipes that you could learn. You may want to get a cookbook.

Getting a cookbook for Japanese cuisine can be helpful even to the average cook. Through a cookbook on Japanese traditional cuisine, it is possible to prepare Japanese dishes that will rival anything that you can order at a restaurant.

So if you would like to cook restaurant-quality Japanese food in your own home, you may want to try getting the following cookbooks for yourself.

Beginning with the pantry, the flavors of this cuisine are explored alongside original methods, such as dashi and pickles, and traditional techniques, like making noodles and properly cooking rice.

Use these building blocks for cooking an abundance of everyday recipes with dishes like Grilled Onigiri (rice balls) and Japanese Chicken Curry.

From there, the book expands into an exploration of dishes organized by breakfast; vegetables and grains; meat; fish; noodles, dumplings, and savory pancakes; and sweets and beverages.

First Garden Soba Salad with Lemon-White Miso Vinaigrette and Amazake (Fermented Rice Drink) Ice Pops with Pickled Cherry Blossoms this is a precious guide to Japanese home cooking. Featuring stunning photographs by Rick Poon, the book also includes stories of food purveyors in California and Japan. This is a generous and authoritative book that will appeal to home cooks of all levels.

Japan: The Cookbook has more than 400 sumptuous recipes by acclaimed food writer Nancy Singleton Hachisu. The iconic and regional traditions of Japan are organized by course and contain insightful notes alongside the recipes. The soups, noodles, rice, pickles, one-pots, sweets, and vegetables are simple and elegant.

A collection of more than 100 recipes introduces Japanese comfort food to American home cooks, exploring new ingredients, techniques, and the surprising origins of popular dishes like gyoza and tempura.

In Japanese Soul Cooking, Tadashi Ono and Harris Salat introduce you to this irresistible, homey cooking style. As you explore the range of exciting, satisfying fare, you may recognize some familiar favorites, including ramen, soba, udon, and tempura.

Other, lesser-known Japanese classics, such as wafu pasta (spaghetti with bold, fragrant toppings like miso meat sauce), Tatsuta-age (fried chicken marinated in garlic, ginger, and other Japanese seasonings), and savory omelets with crab meat and shiitake mushrooms will instantly become standards in your kitchen as well. With foolproof instructions and step-by-step photographs, you’ll soon be knocking out Shahan fried rice, mentaiko spaghetti, saikoro steak, and more for friends and family.

When it was first published, Japanese Cooking: A Simple Art changed how the culinary world viewed Japanese cooking, moving it from obscure ethnic food to haute cuisine.

Twenty-five years later, much has changed. Japanese food is a favorite of diners around the world. Sushi is as much of the Western culinary scene as burgers, bagels, and burritos, but some Japanese chefs have become household names.

Japanese flavors, ingredients, and textures have been fused into dishes from a wide variety of other cuisines. What hasn’t changed over the years, however, are the foundations of Japanese cooking.

When he originally wrote Japanese Cooking: A Simple Art, Shizuo Tsuji, a scholar who trained under famous European chefs, was so careful and precise in his descriptions of the cuisine and its vital philosophies, and so thoughtful in his choice of dishes and recipes, that his words—and the dishes they help produce—are as fresh today as when they were first written. 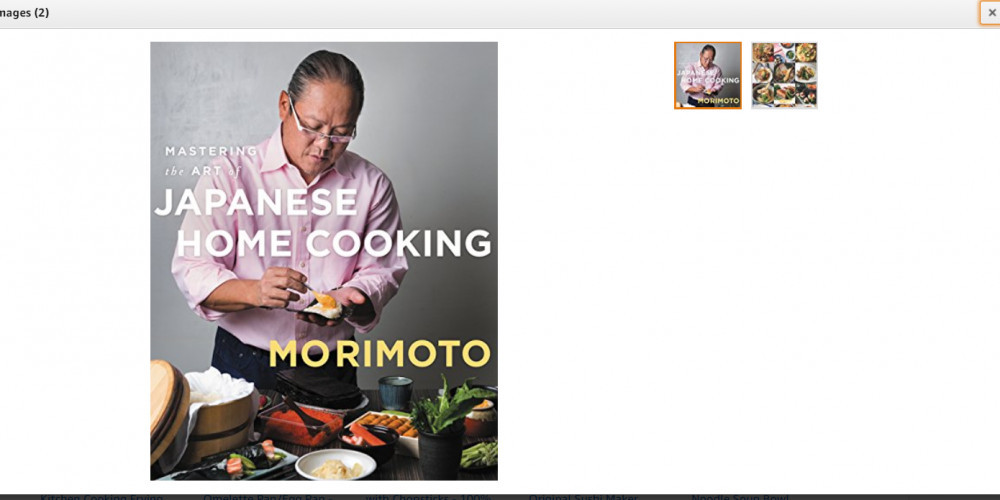 Japanese cuisine has an intimidating reputation that has convinced most home cooks that its beloved preparations are best left to the experts. But legendary chef Masaharu Morimoto, owner of the wildly popular Morimoto restaurants, is here to change that.

Chef Morimoto reveals the magic of authentic Japanese food—the way that building a pantry of half a dozen easily accessible ingredients allows home cooks access to hundreds of delicious recipes, empowering them to adapt and create their own inventions.

From revelatory renditions of classics like miso soup, nabe yaki udon, and chicken teriyaki to little known but unbelievably delicious dishes like fish simmered with sake and soy sauce, Mastering the Art of Japanese Home Cooking brings home cooks closer to the authentic experience of Japanese cuisine than ever before.

And, of course, the famously irreverent chef also offers playful riffs on classics, reimagining tuna-and-rice bowls in the style of Hawaiian poke, substituting dashi-marinated kale for spinach in oshitashi, and upgrading the classic rice seasoning furikake with toasted shrimp shells and potato chips.

Whatever the recipe, Chef Morimoto reveals the little details—the right ratios of ingredients in sauces, the proper order for adding seasonings—that make all the difference in creating truly memorable meals that merge simplicity with exquisite flavor and visual impact.

Mostly all the reviewed cookbook contains all the traditional and famous recipes of all time. Grab one to enhance your daily cooking with sometimes of Japanese taste!