Japanese food is viewed as being one of the healthiest in the world, and rightly so — if you can stick to a traditional diet and avoid making a few significant mistakes!

When I recently witnessed a close friend of mine’s father diagnosed with Type-2 diabetes, suddenly found himself, making significant dietary changes, I came to realize two things about Japanese cuisine. One, not every Japanese food is healthy, and two, it’s hard to eat healthy in Japan if you’re counting the calories.

Sushi, perhaps the healthiest sounding of all, averages out at roughly 75 kcal per piece, depending on the topping. At the same time, grilled chicken fluctuates from 24 kcal per skewer ( cartilage) to 165 kcal for kawa (chicken skin) skewers, and further depends on whether you order your yakitori prepared with salt or tare (sauce).

So, basically, if you want to go out and enjoy a meal, you’re going to end up taking in way more calories than you should. Yet, Japan’s eating out market is so widely accessible — and so common

Triggered by the recent discovery, I spoke with a few nutritionists and a couple of chefs to get some professional insight into eating smart in Japan. And here is what I found out: if you want to enjoy food still and stay healthy at the same time, there are five ways you should follow when it comes to dining in Japan. 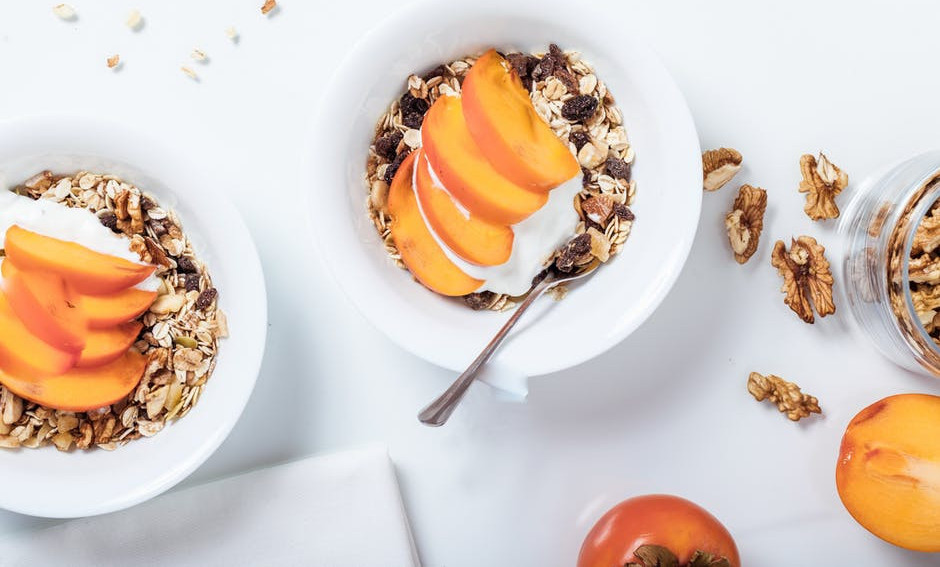 Most of us were taught as kids to clean our large plates and make sure there are no leftovers. In other words, full or not, eat everything that served. But what if it’s actually better to put your forks down before taking that last bite — or have a smaller portion and try to get satisfied with it?

When first looking at meals in a Japanese restaurant, one of the first comments people make is that “it looked bigger in the photo.” Japanese portion sizes are much smaller than those served overseas – and this is a good thing. The Japanese have a saying that you should eat (or Hara Hachibun-me) — eat until you’re 80 percent full.

The amount of food on your plate shouldn’t be intimidating; it should allow you to enjoy the flavor of the food without having to unbutton your jeans afterward. Following this principle is enough to keep you going and won’t leave you feeling uncomfortable later. Before you take that last bite, think about it — will it make you full? If you’re comfortable without it, then drop it.

So it’s nearly 9 p.m., you’re going back home from work completely exhausted, and nothing on this earth can make you frown more than the idea of spending another 30 minutes cooking. So you head to the deli section of your local Japanese supermarket and smile at the tons of ready foods, discounted at nearly half price at that time of the day.

OK, stop right there! These foods, for the most part, are the equivalent of fast food, and if you’re stocking up on these to satisfy your hunger, you may find that you’re experiencing some nasty bloating or adding on a little weight as the months go. These ready foods contain much more oil and preservatives that you’d think they do, so over-consumption is highly risky not only for your waist but for your health too.

Avoid shopping when hungry and refrain from picking up your dinner when the supermarket is closing. In essence, the steep discounts on food can lead to feasts of deep-fried, starchy, or carb-heavy items that are not going to improve your health, and might even make it worse over time. Instead, why don’t you prepare the ingredients for your dinner before leaving home in the morning — the actual cooking process will then take no more than 10 minutes.

3. Watch out for carbs, sodium and sugar-overdosed meals 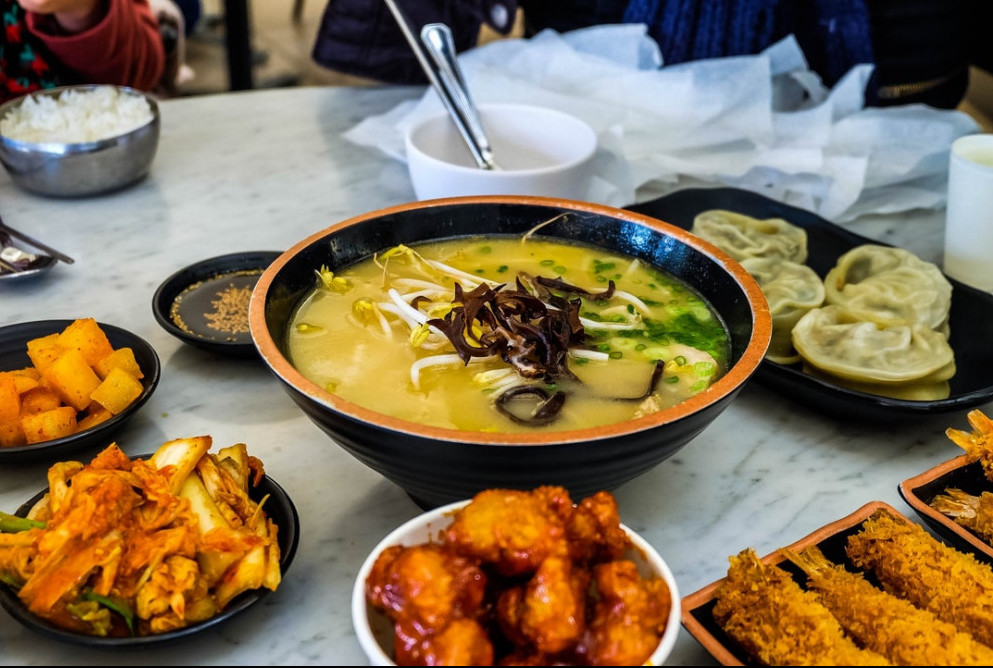 The three evils of Japanese food are carbohydrates, sodium, and sugar. While they are necessary for a healthy diet in specific amounts, it’s essential to be very careful with them.

Most Japanese meals include soy sauce (loaded with sodium), regardless of whether you can see it or not. Miso soup, the staple of many set menus in restaurants, also contains the right amount of sodium, some with nearly 1,000 mg of it packed into a single serving. If you’re relying on Teishoku (set meal courses) to stay healthy, be very careful about your sodium levels, and watch your blood pressure if you have a family history of heart problems. When buying at the store, look for the following terms to help you identify sodium-reduced products.

Carbohydrates are everywhere, and even soba isn’t safe as most store-bought or cheap soba shops use noodles that are made with up to 60 percent refined wheat flour instead of buckwheat. Trying to avoid extra carbs in your diet, then freshly made soba noodles (which usually come in an 80 percent buckwheat, 20 percent wheat mix), or noodles made from Konnyaku or shirataki, which are also high in fiber, are your best options.

Sugar is the least visible, but perhaps worst of the lot. Did you know that most savory Japanese dishes contain sugar in one form or another to help balance out the flavor? I didn’t until I watched some Japanese home cooking programs — there is sugar in most sauces, stews, curries, some types of fried chicken), and even in ramen to an extent. So if you’re trying to watch your sugar intake, you will, unfortunately, have to sacrifice some authentic Japanese flavor of dishes in favor of your health.

Every once in awhile, you’ll find with information on how eating that one product will make your life better. When I was younger, I have lived through the banana, black garlic, natto, umeboshi (pickled plum), kimchi grilled chicken, and a host of other fad diets that all promised the same miracle results. But no specialists will advise you to go for a single food item, no matter how healthy it is.

Tofu and green tea often touted as being “miracle foods” overseas. Still, they are nothing more than standard parts of the traditional diet, and their effects are not nearly as miraculous from this perspective — if over-consumed or consumed at the absence of other dishes. Which leads us to rule No.5: 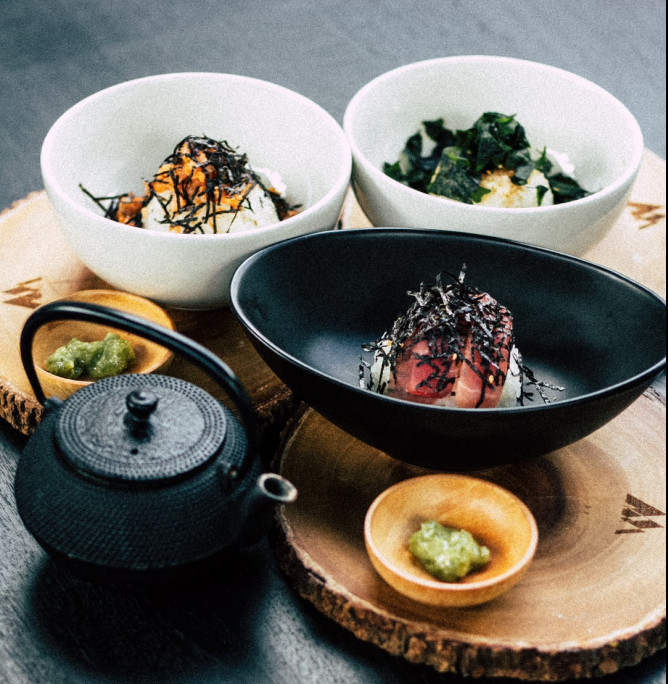 If you’ve had the chance to enjoy a traditional Japanese meal at a hot spring or while visiting Kyoto, you may have noticed that there were several small dishes filled with various foods from both land and sea. A traditional Japanese meal is usually made under the Ichijyu Sansai principle (one soup with three vegetable dishes plus rice and fish) to assure the right balance, and this is the key to a healthy Japanese diet.

These small portions feature well over 15 different foods per day or even per meal. They include numerous legumes, seafood, and vegetables, with little rice, noodles, or meat involved, which altogether provides all vitamins and minerals the body needs. For every meal of the day, try to include several products in small portions.

Do you have particular eating habits or diet practices that you swear? Share with me in the comments!

4 thoughts on “5 Ways to Start Eating Healthy in Japan”