Longevity is a boon that every person on this earth would want to get somehow or the other. However, what is unknown to most people be that longevity entirely depends on one’s lifestyle and the diet one takes!

And while we talk about longevity, there are a few countries that have surely won the race. There are certain places where life expectancy is much more than the world average of 71 years. It is as high as in 81-90 years.

One of those places is Okinawa in Japan, which is also referred to as the ‘Land of Immortals’ as the average life expectancy is 81.2 years. Japanese are known to have the highest life expectancy in the world. From the diet they take to even the way they cook their food, the Japanese have their secrets of living longer.

Ask foreigners what do they think about Japanese foods, probably their answers would be Sushi. Japanese people are much focused on what they eat with well-balanced nutrients with the rainbow colors, and it’s a common notion amongst others that they only enjoy eating SUSHI, which is a dish prepared with rice and is commonly paired with seafood.

To bring out the best in all their dishes, the Japanese cook their food using minimal oil, and different methods like slow-cooking, broiling, steaming, stewing, fermenting, and even stir-frying are involved. The reason for choosing such methods is to retain the nutritional value of the ingredient they are using for the dish. Soups are given utmost importance in Japanese cuisine, along with veggies and rice. 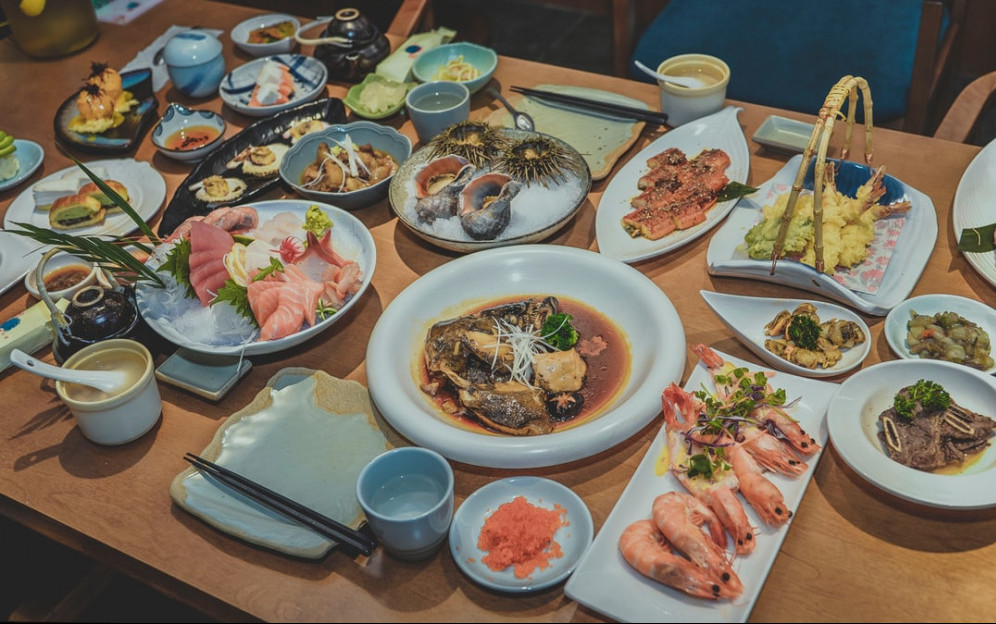 People eat to fill their stomachs, and they don’t believe in greed. A Japanese meal is not just about eating but to socialize and communicate. While they eat their nourishment slowly, the Japanese believe in portion control. They eat their food on smaller plates to feel satiated.

As compared to the rest of the world, the Japanese enjoy drinking tea. The drinking culture of Japan is quite team-friendly, and their MATCHA TEA is widespread across the country. Match has high nutritional properties and is made using specially grown and processed green leaves. It is highly rich in anti-oxidants.

Desserts can make anyone goes weak on the knees, and the Japanese desserts like Anmitsu, WAGASHI, and KOHI ZERI are something that you cannot say NO to! However, the Japanese themselves are less dessert-friendly and are more inclined towards savory dishes. Naturally, it makes them healthier.

The people living in Japan are obsessed with cleanliness. For them, cleanliness is as important as living, and they are disciplined for the same. Even their children learn to clean their surroundings in their schools and be taught later!